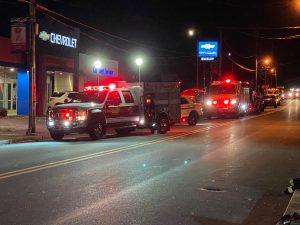 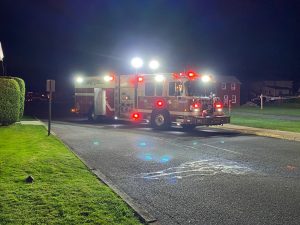 On Sunday September 19th, Eastern Berks Fire and Medics from Bally, Boyertown and Upper Perk responded at 1821 hours to an accident with injuries at Main and 4th Streets in Bally Borough.

Responders assisted with patient care, while fire police from Eastern Berks, Hereford, Boyertown, Pennsburg, East Greenville, Red Hill and Gilbertsville controlled traffic around the scene for three and a half hours while a State Police accident team reconstructed the incident. 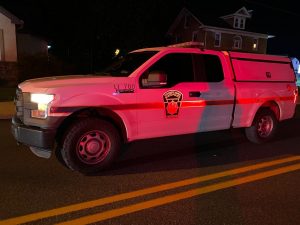 Thank you to all our mutual aid departments!

On Tuesday we learned from news report that the motorcyclist died from his injuries. Our prayers and condolences to his family and friends. Reading Eagle article