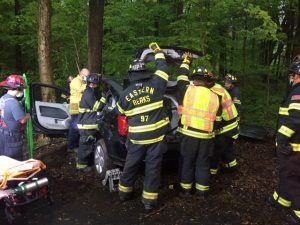 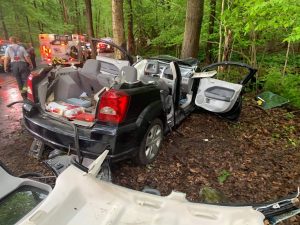 Eastern Berks Fire and Bally Medics were dispatched on Saturday May 23rd at 1834 hours to the 300 block of Landis Store Rd in District Township for an MVA, car into a tree.

Deputy 97 arrived and confirmed report, and requested crews from Attack 97 to assit with patient care, and instructed the crew from Rescue 97 to prepare to remove a door and a post for access to the patient.

After evaluating the patient, Medics requested that the roof be removed, and crews went to work with e-draulic tools, hydraulic rescue tools, as well as hand tools.

Once the roof was removed, crews assisted EMS in extricating the patient, and then cleaned up the scene.

Fire Police shut down the road for an hour while rescue personnel worked the scene. 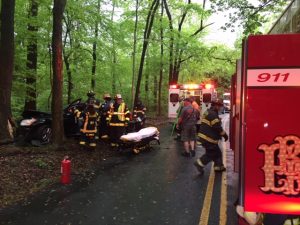 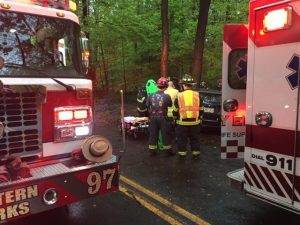 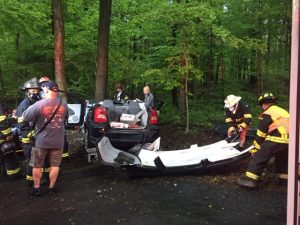 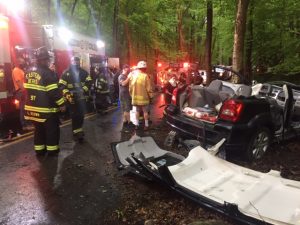 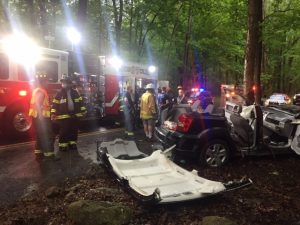 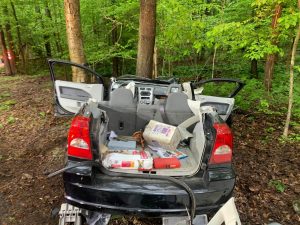 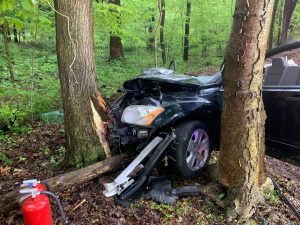 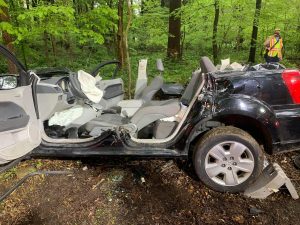