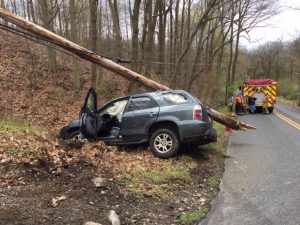 Saturday April 25th at 1316 hours, Eastern Berks and Earl Fire Departments along with Bally Medics, were dispatched to the report of an MVA with Entrapment – pole and wires down on a vehicle on Hill Church Rd at Wards Way in Pike Township.

Assistant 97 arrived and reported one person out of the vehicle and pole down on the vehicle. EMS continued in for a patient evaluation. Rescue 97 and Engine 97 were recalled while enroute.

Fire crews cleared within 45 minutes, while Fire Police from 97 controlled traffic around the scene for another hours until the tow company removed the vehicle and Met-Ed and Windstream secured the scene to return later to replace the pole. 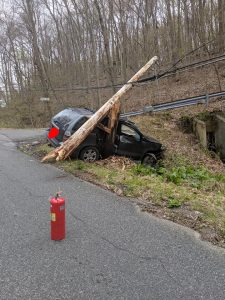 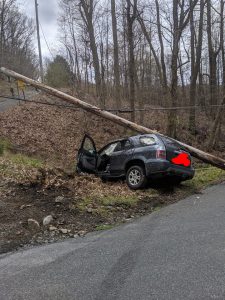 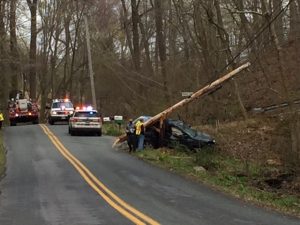 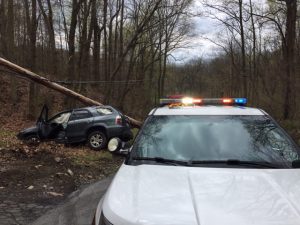 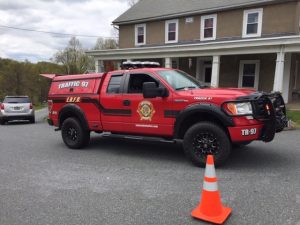