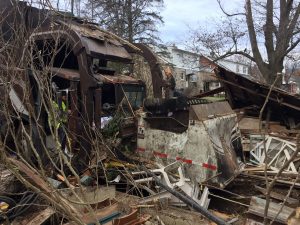 Eastern Berks Fire, Bally Medic and Eastern Berks Regional Police were dispatched at 0551 hours on Monday December 28th for the report of an accident involving a truck at Main and Franklin in Bechtelsville.

EBFD Deputy Chief Chris Schaeffer arrived on location quickly and report a trash truck down an embankment into a pole building with the driver still inside. Apparatus from the Bechtelsville and Bally stations responded and were told to bring lighting and chain saws in order to remove debris from around the vehicle in order to extricate the driver.

Fire Police from Eastern Berks, Boyertown and Gilbertsville Fire Departments were dispatched to close Main Street in Bechtelsville until Berks-Mont Towing could remove the vehicle. Corey’s County Landscaping was also brought to the scene to clear away the pole barn debris and trees.

Main Street was closed and traffic diverted for five hours while the scene was cleared. Thank you to the fire police for their assistance. 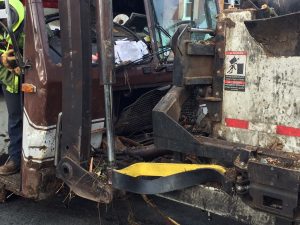 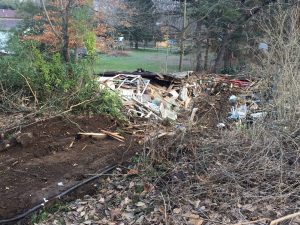 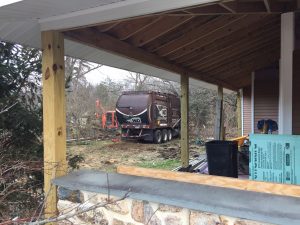 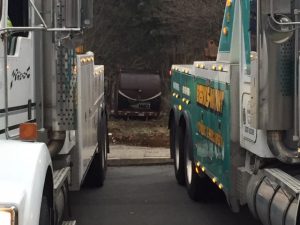 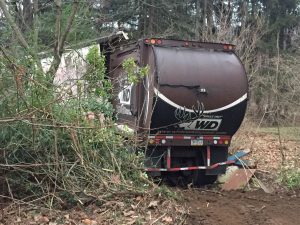 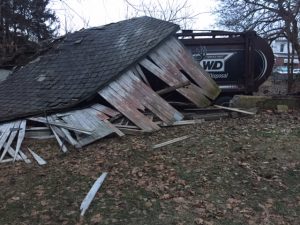 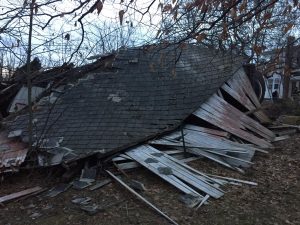 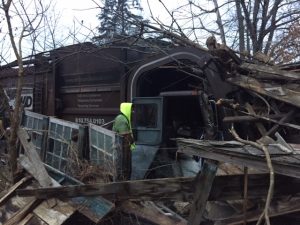 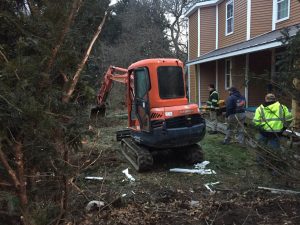 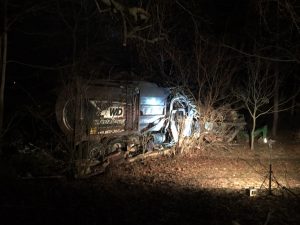 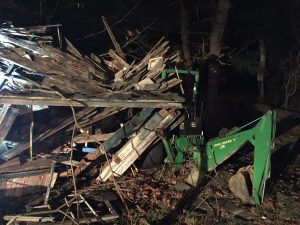 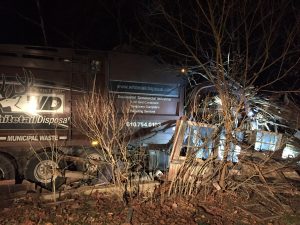 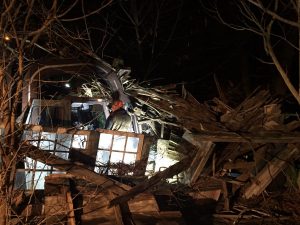 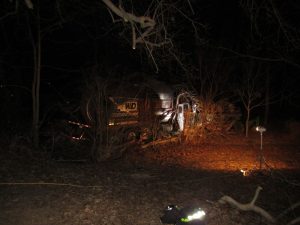 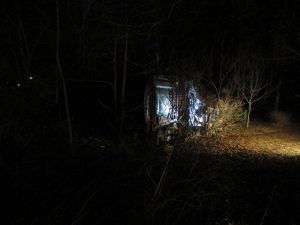 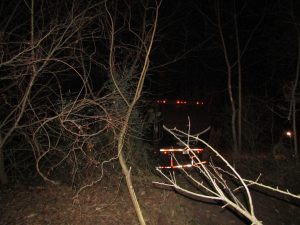 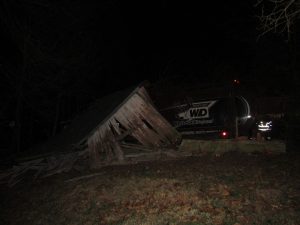 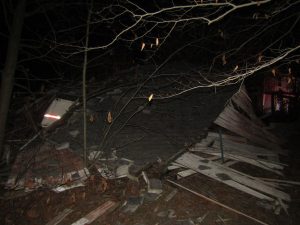 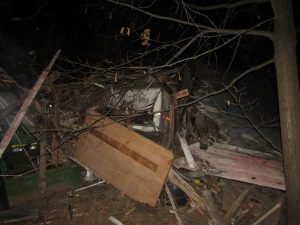 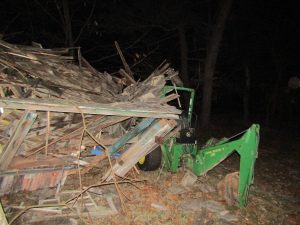 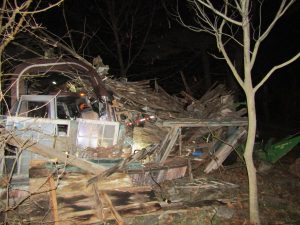 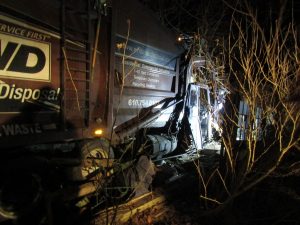 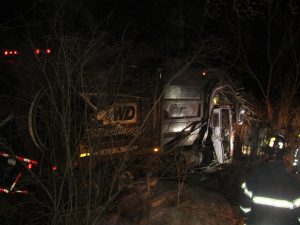 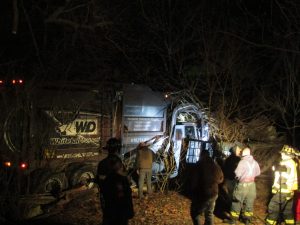