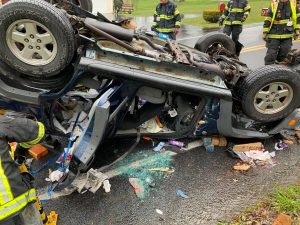 Apr 21 – Eastern Berks Fire and Bally Medics, along with Fire Police from Eastern Berks, Boyertown and Gilbertsville were dispatched at 1246 hours for an MVA on County Line Rd in Washington. It was reported to be an overturned Jeep with the occupant still inside.

Chief 97 requested EMS evaluate the patient, before rescue crews removed a door to extricate the driver.

Fire apparatus went available, but fire police remained on location until tow company removed the vehicle and cleaned up the scene. 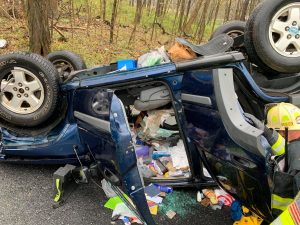 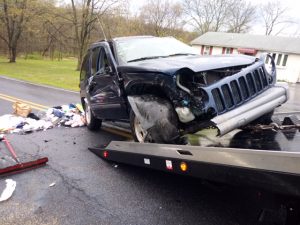 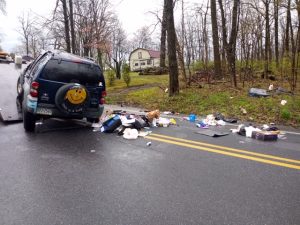 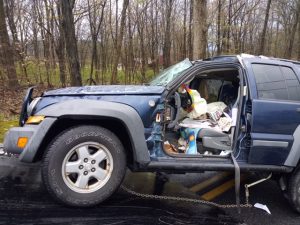 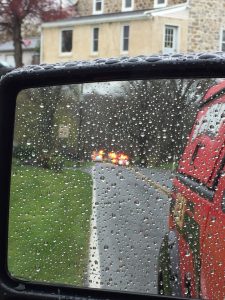