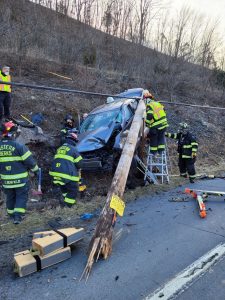 Eastern Berks Fire and Bally Medics were dispatched at 0912 hours on Friday January 8 to the 900 block of Route 100 in Washington Township for a motor vehicle accident with entrapment.

EBFD Deputy 97 arrived to find one vehicle up an embankment, leaning on a pole. Rescue 97 was ordered to deploy high reach stabilizing jacks in order to be able to reach the patient.

Fire Police from Eastern Berks, Boyertown and Gilbertsville closed Rt 100 and redirected traffic for an hour while crews worked.

Personnel from Rescue 97 and Attack 97 worked to stabilize the vehicle and remove the passenger side door so that the driver could crawl out.

Crews stood by while Berks-Mont Towing removed the vehicle, and then assisted with clean up. 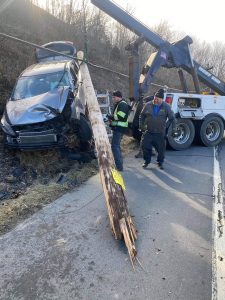 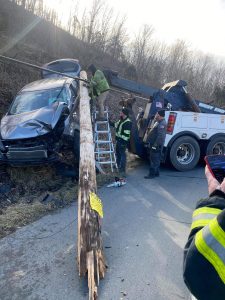 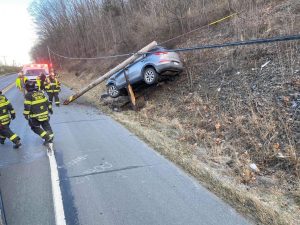 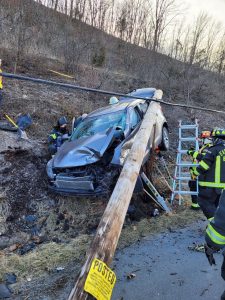 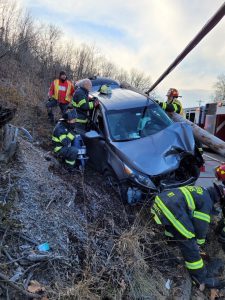 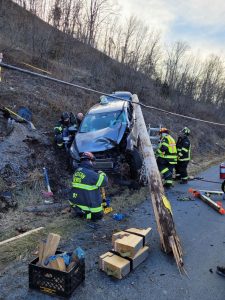 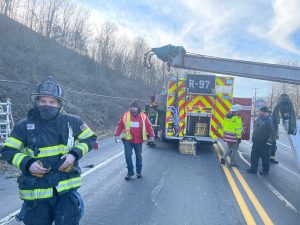 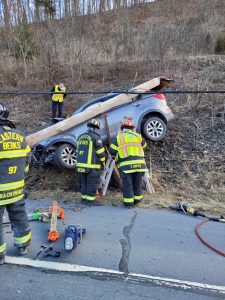