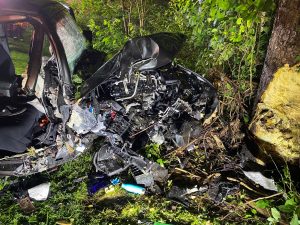 On Friday July 9th at 2310 hours, Eastern Berks Fire and Bally Medics were dispatched for an MVA with injuries on Hill Church Rd in Washington. Deputy 97 (Schaeffer) arrived and reported a vehicle against a tree with heavy damage and entrapment. He requested a second Medic Unit, which sent Boyertown Medics; and informed the dispatch center that Fire Police were needed to close the roadway while crews operated. Fire Police from Eastern Berks, Boyertown and Gilbertsville were sent.

EBFD personnel had just returned from races at Grandview Speedway, and responded with apparatus immediately upon dispatch. Rescue crews went into service with electric and hydraulic rescue tools to remove a door and parts of the vehicle to gain patient access. Two people were taken to a local hospital.

EBFD apparatus on scene included: Rescue 97, Attack 97, Engine 97-1, Brush 97-1, and Utility 97. Crews were in service for approximately 90 minutes until the scene was cleared. 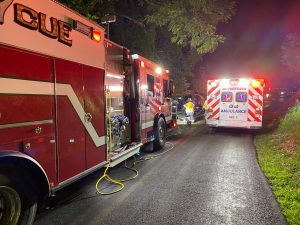 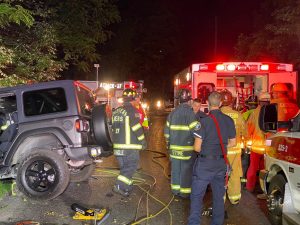 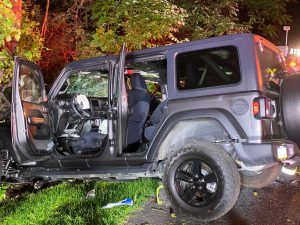 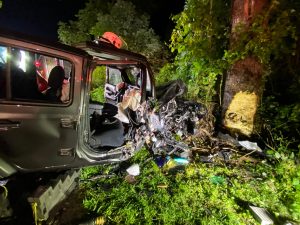 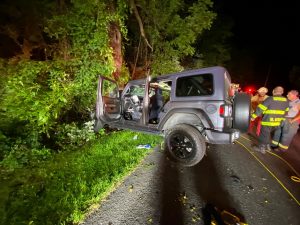 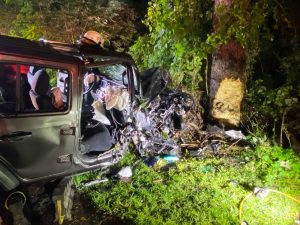 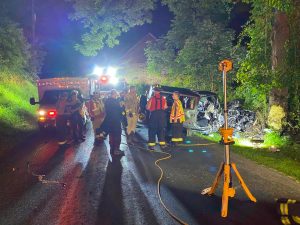 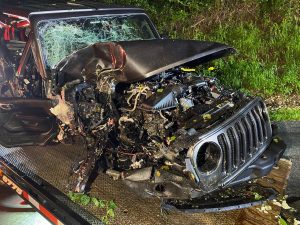 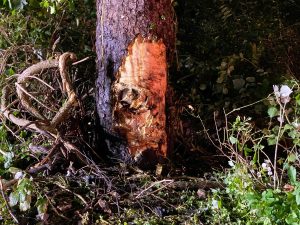