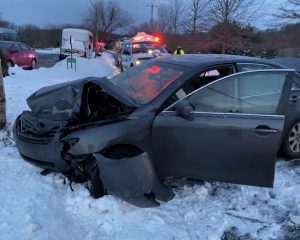 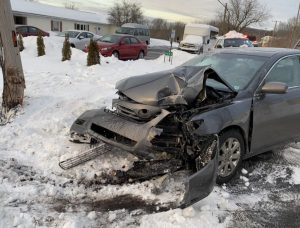 Eastern Berks Fire and Bally Medics were dispatched at 0602 hours Friday February 12th for an MVA involving a pole and wires in the 2400 block of Old Rt 100 in Washington. Power was out in the area on a bitter cold morning.

Met-Ed and Windstream were both notified,

Crews assisted with patient care and debris clean up, and were available within 45 minutes. Fire Police remained on the scene until PSP, the tow company and Met-Ed arrived. The power company determined that the pole will need to be replaced.