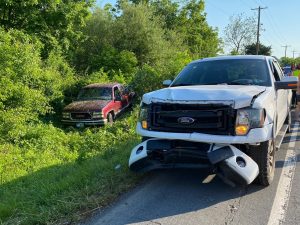 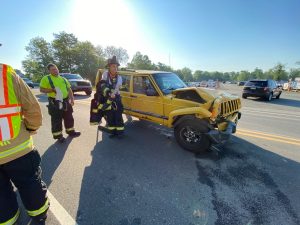 Eastern Berks Fire and Bally Medics were dispatched at 0715 hours on Sunday June 6 for an accident on Rt 100 in front of Jakes Flea Market in Washington. Initial reports indicated one the of vehicles involved was off the road into the brush.

EBFD officers were on scene shortly after dispatch and confirmed the dispatch report and added that there were two vehicles in traffic and another off-road.

Chief 97 informed Rescue 97 that there was extensive debris on the road to clear and tools were needed to access the patient in the vehicle off-road, now surrounded by trees and brush.

Fire Police from 97 and 95 controlled traffic around the scene for an hour, while patients were cared for and transported by medics from Bally and Gilbertsville; and vehicles and debris were cleared.