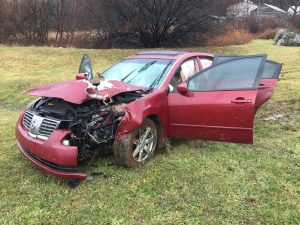 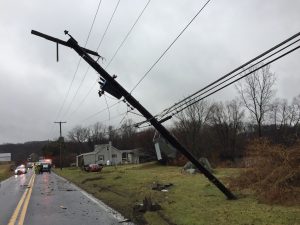 Saturday January 5th at 1435 hours, Eastern Berks Fire and Seisholtsville Fire were dispatched to investigate a downed pole in the 600 block of Huffs Church Road in District Township. A minute later the call was upgraded to an accident with injuries, which added Medic 575. Crews from 97 and 39 controlled hazards at and traffic around the scene. Huffs Church Road was shut down between Woodside and Baldy Hill Roads, and turned over Met Ed which was bringing in crews to replace the downed pole and wires, along with another pole which was damaged in the crash. 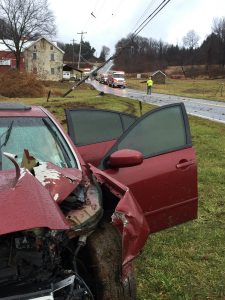