Monday April 25th turned out to be another one of those very busy days!

At 1301 hours 97 and EMS were dispatched to investigate a possible controlled burn that was uncontrolled in rural Washington. Deputy 97 arrived and confirmed that it was certainly uncontrolled. In fact we had a working brush fire, now involved outbuildings, wood piles, and the contents of a nearby car port. Apparatus from 95 (Boyertown) and 19 (Earl) were added to the assignment. Firefighters had to access the fire from a long steep driveway that only brush equipment could reach, while engine s and tankers had to stay on the road below and pump water through supply lines dragged by hand up the incline. Crews were on scene for one and half hours before returning to station to repack hose and gear. On scene from 97 were Brush 97 1 & 3, Tankers 97 1, 2 & 3, Engine 97-3, Utility 97.

At 1512 hours, 97 was dispatched again, this time for a vehicle fire in a junkyard off Rt 00 in Washington, just north of Bally. A large header confirmed a working fire upon dispatch. A box truck was well involved and spreading to other nearby vehicles. Brush 97-1 and Engine 97-3 put foam lines in service as well as purple K extinguishers for the magnesium and fuel burning. 97 units on location Brush 97-1, Engines 97-2 and 3, Tankers 97-2 and 3 and Rescue 97.

In the evening, there was practice and preparing the BBQ pit in Becthelsville for this Saturday's Chicken BBQ. 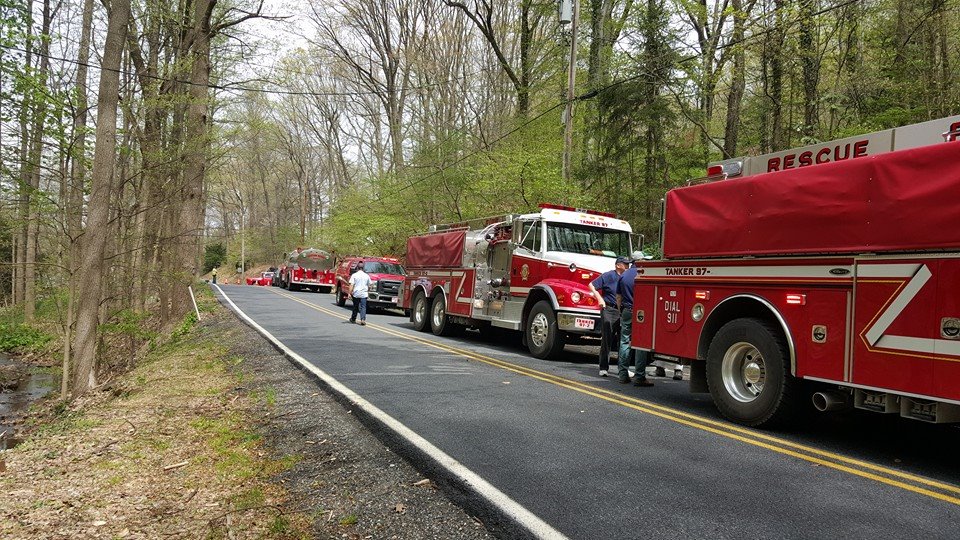