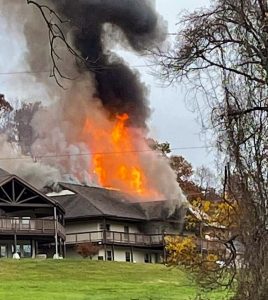 On Saturday November 13, Seisholtsville, Hereford, Topton and Eastern Bersk Fire Departments were dispatched at 1014 hours for the report of a structure fire in the 300 block of Conrad Rd in Hereford. Multiple reports were quickly made of heavy smoke visible from a distance. The location was Mituo Village, home to the Amitabha Buddhist Society of Philadelphia, part of the former Camp Mensch Mill.

The fire quickly went to three alarms, with apparatus and personnel from Berks, Montgomery, and Lehigh Counties among those responding. Fire personnel worked to contained the flames and keep the fire from spreading to an attached building.

A tanker fill site was set up at Huff’s Church and Benfield Roads. Fire Police from multiple departments assisted with traffic control.

Crews were on scene almost six and a half hours. 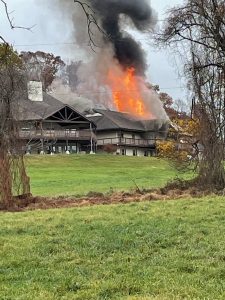 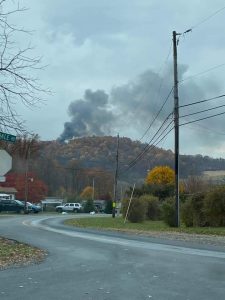 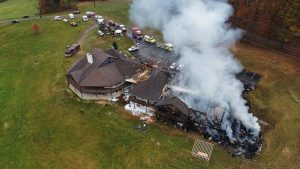 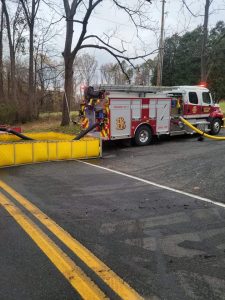 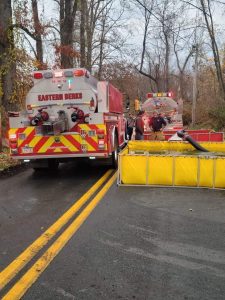 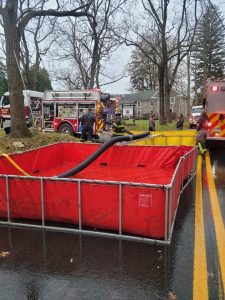 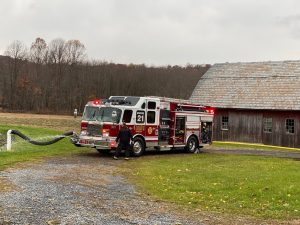 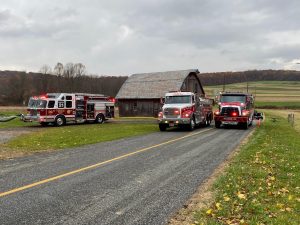 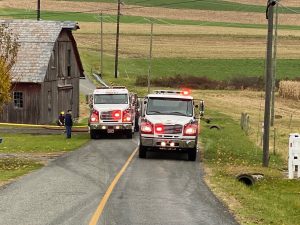