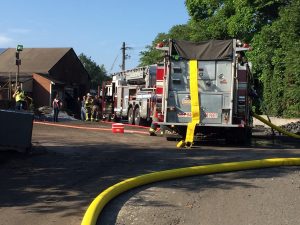 Boyertown, Eastern Berks, Gilbertsville and Boyertown Medics were dispatched at 0820 hours on Wed. Aug 12 for the report of a roof fire at the Unicast Foundry on Washington St in Boyertown. Boyertown officers arrived a confirmed a fire on the roof in the rear of the building. Ladder 95 took the rear and Engine 95 drop a 5″ supply line from the street all the way around the building. Engine 67 charged the line from the hydrant, and personnel rom all three companies worked together to access the fire from both interior and exterior. Boyertown Command requested the next due ladder and engine (New Hanover) for additional personnel on the hot day. 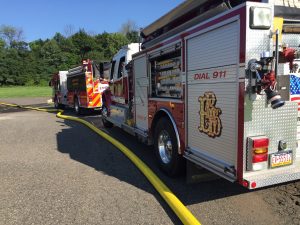 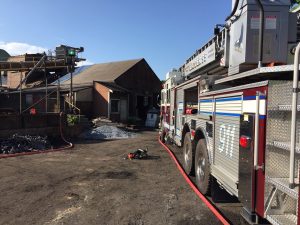 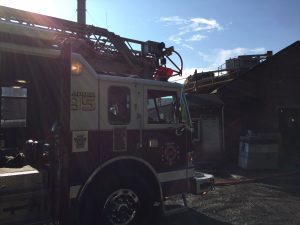 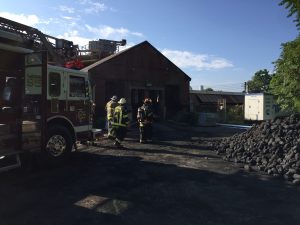 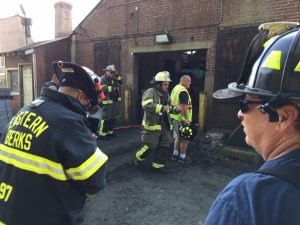 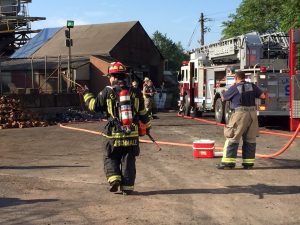 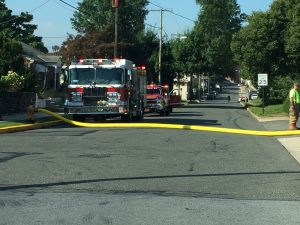