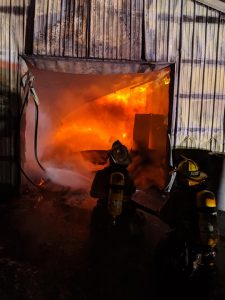 On Friday Night April 24 at 2149 hours, the structure response was dispatched for a garage fire on Long Lane Rd in Earl. On the initial were apparatus from Earl, Boyertown, Oley, Eastern Berks, and Boyertown Medics.

From a mile out Chief 19 reported a large header and declared it a working fire, and asked Berks for Amity for RIT, and tankers from Exeter and Gilbertsville.

A large metal sided garage was well off, and first in companies protected exposures, while additional lines were deployed for fire attack and water supply. Chief 19 requested two brush trucks for a brush fire adjacent to the fire building; as well as a request for the Salvation Army Canteen. 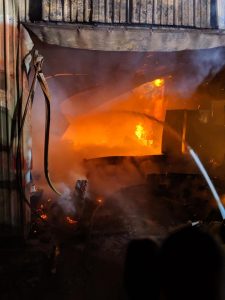 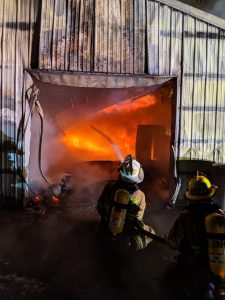 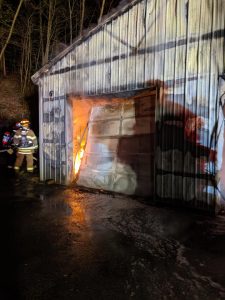