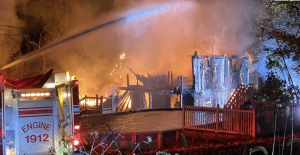 It started at 0403 hours on Friday with an alert to assist Upper Milford Fire with tankers on the second alarm of a working house fire. Both Tanker 97-1 and Tanker 97 responded and dumped a load of water.

Friday evening Eastern Berks and Hereford were sent for the report of a brush fire off Forgedale Rd in Washington Twp. That turned out to be a smoky controlled burn.
On Saturday afternoon, we were sent to County Line Rd near Gehringer for a brush fire which was quickly contained. 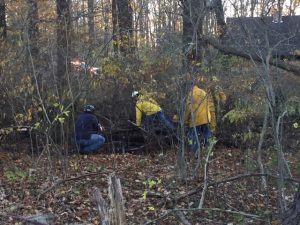 While retuning from that call, county alerted us to the report of a wire torn off by a passing truck on Main Street in Bally. It was determined not to be a hazard and secured to a nearby pole.
Then at 1541 hours, Eastern Berks, Seisholtsville and Bally Medics were dispatched to a Brush Fire on Crag Lane off Deer Run Road in District Twp. Deputy 97 arrived with a working fire. Earl  was also dispatched, and crews from 97, 19 and 39 went into service and knocked the fire down in the heavily wooded area. 97 Units on location Brush 97-1, Brush 97, Tanker 97, Tanker 97-1 and Engine 97-1. 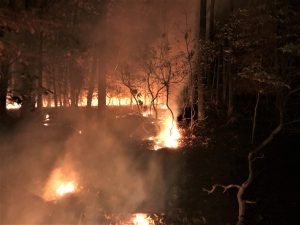 Then at 1942 hours, Eastern Berks, along with other companies from Berks, Montgomery and Chester County were dispatched to assist Boyertown on a fast moving fire on Edge Hill Rd in Douglass Berks involving two acres. Crews worked in the dark to stop the spread and overhaul the area. 97 Units on location Brush 97, Brush 97-1, Brush 97-2, Tanker 97, Tanker 97-1, Utility 97 and Traffic 97.

On Sunday at 1420 hours, 5, 19 and 97 were sent to Club Rd in Pike for a brush fire in a wood pile, spreading to the woods. Crews made a quick knock on the woods, and spent time overhauling the wood pile.
Finally at 1811 hours, 19, 97, and 95 were sent for a small brush fire along the side of PowerMill Hollow Rd in Earl.
Conditions are dry. Please be careful!
Remember – leaves can be mulched – they don’t need to be burned! 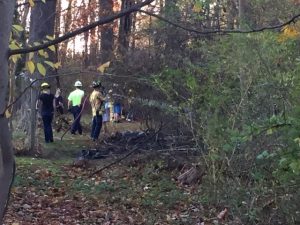 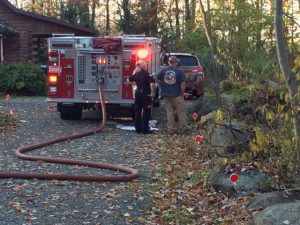 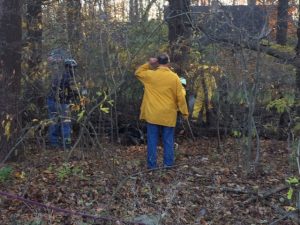 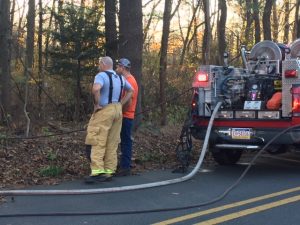 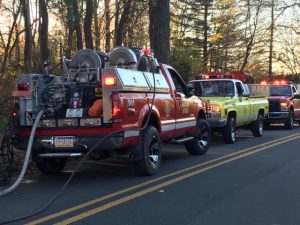 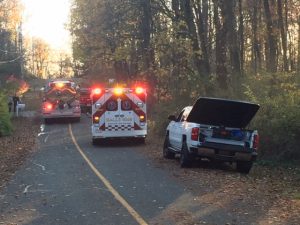