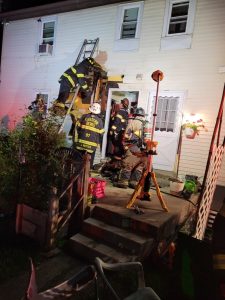 Saturday May 22 at 2239 hours Co’s 97, 95, Montco 65 for RIT and Medic 505-2 were dispatched to Eshbach Ln Washington Twp for a Dwelling Fire, reported to be fire in the walls. Deputy 97 assumed command and crews went into service knocking down a small fire. then checked for extension. No further extension was found, crews went into overhaul and ventilation. 97 Units on scene: Engine 97, Engine 97-1, Tanker 97-1, Tanker 97, Rescue 97, Brush 97 and Utility 97.

Saturday May 21 at 2344 hrs, while units were starting to clear the Dwelling Fire, Co’s 97, 95 and Medic 505-2 were dispatched to an MVA unknown injuries with Fire at Rt 100 and Passmore Roads in Washington Twp. Rescue 97 confirmed two vehicles head on with no fire. Two more MiCU’s were added due to multiple injuries. Crews from 97 and 95 assisted with patient care, lighting, debris and fluid mitigation. Fire Police from 97, 95 and Montco 67 were sent to close Rt 100 around the scene. Thank you as always to Co 95 for assisting on both calls. Berks/Mont towing removed both vehicles. 97 units on scene: Rescue 97, Engine 97, Engine 97-1, Tanker 97-1, Tanker 97, Brush 97-1 and Utility 97. 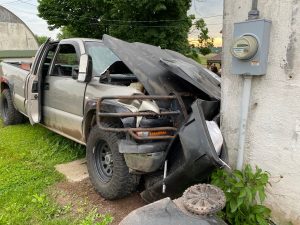 Sunday May 22 at 0651 hours, 97 and 505 were dispatched for an MVA with injuries, vehicle into a building on County Line Rd near Hoffmansville Rd. Deputy 97 arrived and confirmed report, indicated minor damage to the dwelling. Crews stood by awaiting the arrival of PSP. Fire Police directed traffic around the incident. EBFD apparatus on scene for an hour: Attack 97, Rescue 97, Engine 97. 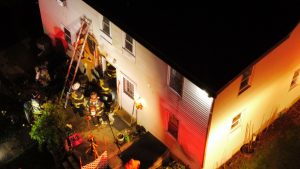 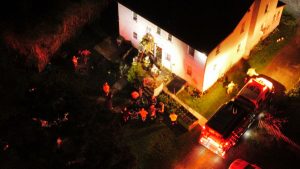 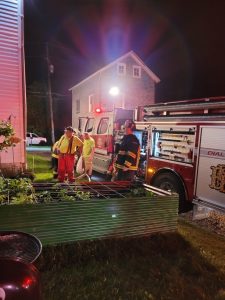 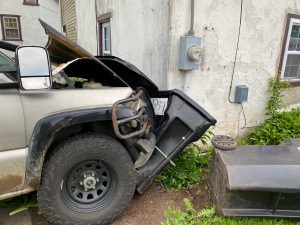 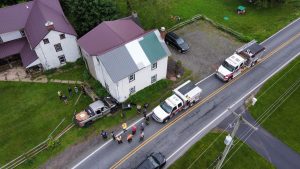 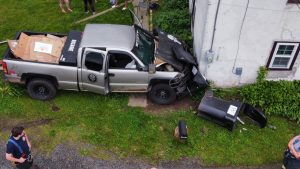 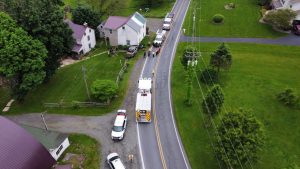 9/24/22
@ 02:49 hours Company 97 was dispatched to the 200 block of Oysterdale Road in District Township for a vehicle fire after a non injury accident. Deputy 97 arrived and reported a fully involved vehicle fire. Met Ed was notified to respond to cut the power because the pole was damaged and wires were hanging low. Crews stood by till Met Ed arrived and cut the power to the pole. Crews then went to work to extinguish the vehicle and some brush that started to burn. 97 units on scene. Rescue, Engine & Tanker 97. Thanks to all fire police that assisted on shutting the roadway down. ... See MoreSee Less

Prayers for all involved

Why are there so many vehicle fires 🔥 lately?