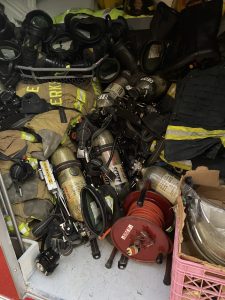 Eastern Berks Fire joined with other area departments to send much needed assistance to the Mayfield Fire Department in Kentucky which was hit hard by the recent tornado outbreak in that state. (See WFMZ video)

Firefighters from EBFD took two loads of extra gear, equipment and supplies to Slatington this week to add to the tractor trailer loads of fire equipment being driven this weekend to Kentucky. 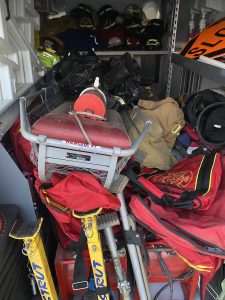 Since the merger of the fire companies in Bally, Barto and Bechtelsville ten years ago, the department found itself with duplicate equipment that was in good condition, but not needed locally. Chief Mike Mutter and President Scott Reidenauer spearheaded the drive to send the supplies to Mayfield which lost their primary fire station. (See article)