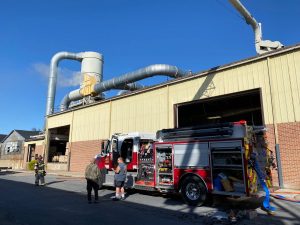 Firefighters from Eastern Berks, Boyertown, Pennsburg, Hereford, and New Hanover responded at 8:14am on Thursday May 5th, to a fire at the Bally Block Company in Bally (Berks County). 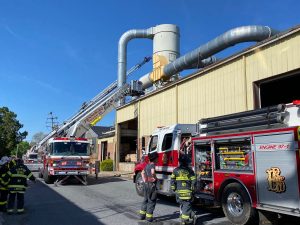 First arriving firefighters from Eastern Berks pulled a line to the wood hog in the basement of the plant where the fire originated. Meanwhile, aerial units from Boyertown and Pennsburg went to the roof and checked the towers above the plant, where the company’s fire sprinkler system had flooded the towers with water and extinguished a fire which had spread there. 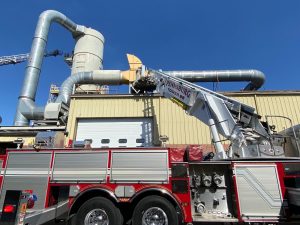 Crews were on the scene for 90 minutes making sure there were no hot spots before turning the building back over to the maintenance department.
Eastern Berks apparatus on scene included Engines 97 and 97-1, Tankers 97 and 97-1, Rescue 97