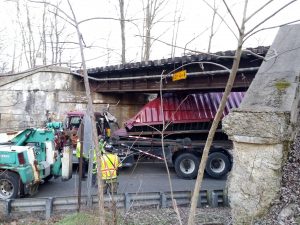 At 1530 hours on Thursday January 30th, Eastern Berks Fire Police were dispatched to assist Boyertown controlling traffic around the scene of a truck wedged under the railroad bridge on Farmington Ave in Douglass Berks.

FP Captain 97 responded with Traffic 97, as well as FP Lt 97 and another fire police officer. 97 fire police were tasked with blocking Farmington Ave at Rt 562 and the exit from Gift Oil.

On scene over two hours while crews from Boyertown Fire and Rescue worked with Berks Mont Towing, and officials from the trucking company and the railroad to use hydraulic tools to dislodge the truck’s load from the bridge. 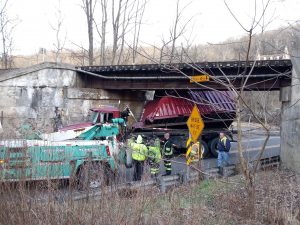 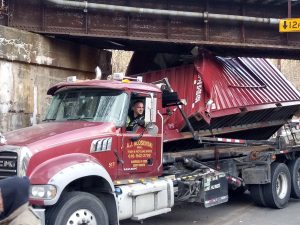 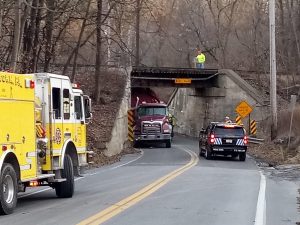 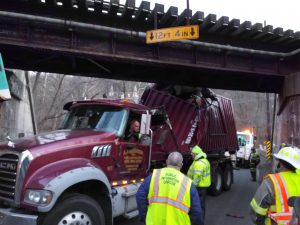 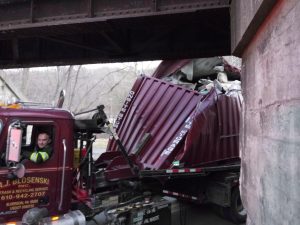 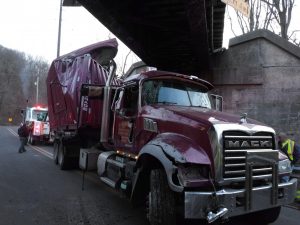 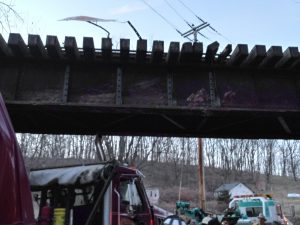 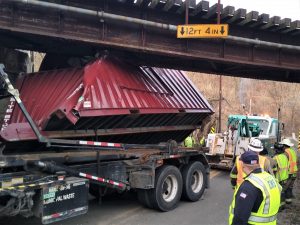