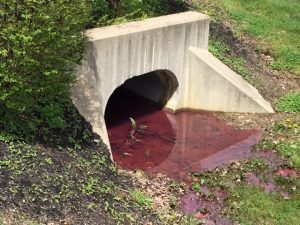 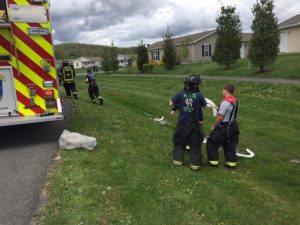 Eastern Berks Fire was dispatched on Friday May 1 for a Hazardous Materials Incident – reported to be oil in a creek off the side of Stauffer Rd near Eagles Watch Drive in Washington.

He asked Engine 97, which was approaching from Old Rt 100, to check for the source of the oil.

Personnel deployed booms across the creek to stop the flow of oil.

Source was located and scene turned over to officials from Washington Township.