Tuesday April 28, 2015 - Firefighters from across Berks, Montgomery and Lehigh Counties were called to Washington Twp today to assist on a house and woods fire driven by heavy winds. Originally dispatched as a smoke investigation, it was quickly discovered to be a large log home, on top of a hill, fully engulfed in flames. Those flames spread to the surrounding woods. The structure fire went to two alarms, and many additional brush units were dispatched to assist as well. While on the scene, there was another brush fire also in Washington Twp.

Firefighters were hampered not only by the strong winds, but by the very long inclined driveway which made access to the scene difficult. Additional personnel and equipment were immediately dispatched. Porta-ponds were set up on the street into which tankers dumped their water, before heading down the mountain to refill at the tanker fill site established in Bechtelsville Borough.

MANY THANKS to all who assisted in this long difficult day. Its been a very tiring month, and all area first responders are hoping for some relief in the weeks ahead. 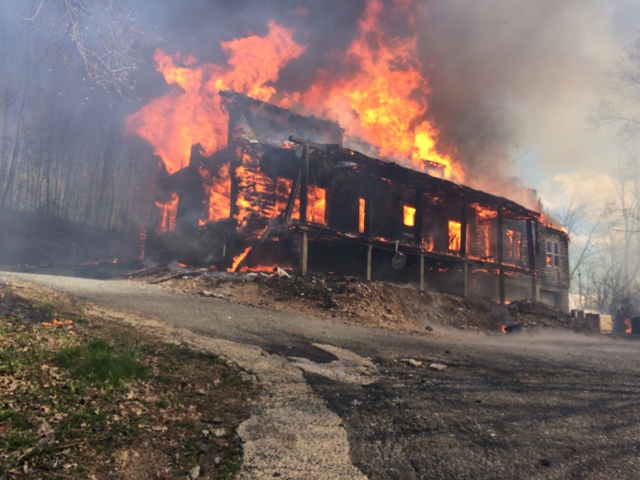 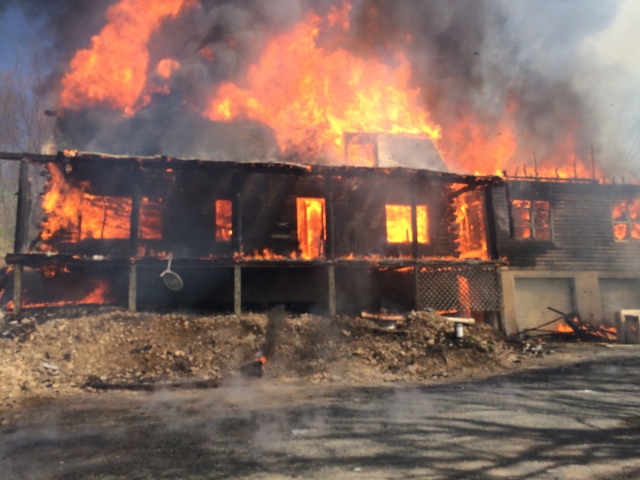