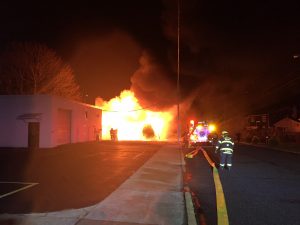 Eastern Berks, Boyertown, Hereford, and Pennsburg Fire Departments, along with Medic Units from Bally and Boyertown were dispatched at 2057 hours on Wednesday February 26th for the report of a house on fire with flames showing in the 100 block of South Church Street in Bally.

Fire personnel arrived on scene within a minute of dispatch and reported that the home was already fully involved in flames.

Apparatus from the responding departments quickly arrived on scene and began the fire attack, but the home was gutted.

Crews left the scene three and half hours later.

Many thanks to our mutual aid companies. 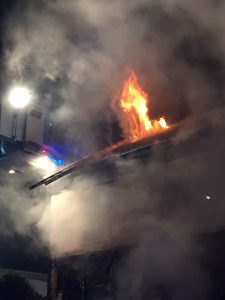 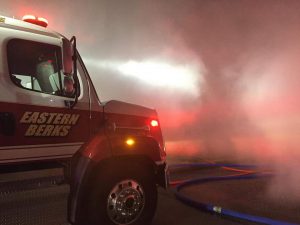 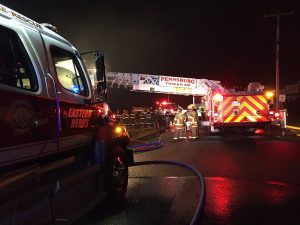 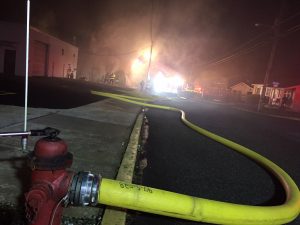 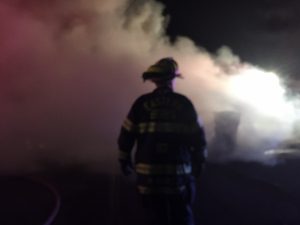 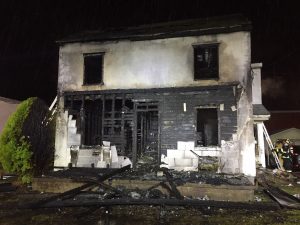