At 0437 hours on March 24, the structure response was transmitted for a dwelling fire on Franklin Street in Bechtelsville Borough. On the first alarm were apparatus from all three Eastern Berks Fire Stations, as well as all three stations of Boyertown Area Fire and Rescue. Bally Ambulance responded in addition to Pennsburg Fire as the Rapid Intervention Team.

Fire officers quickly arrived on location and found a working dwelling fire, with fire in the basement and first floor kitchen. Four propane tanks stored in the basement added to the hazards.

First in engine from Eastern Berks took the front of the house, second in engine laid 5 inch supply line up Franklin Street from Main, while Boyertown's ladder opened the roof to vent hot gases.

An Eastern Berks tanker set up it's porta-pond on Main Street, while truck from Boyertown drafted from that tank and sent it up the hill for fighting the fire.

It was reported that the homeowner's dog woke the resident and alerted him to the fire. They managed to evacuate safely. Investigation by the PSP Fire Marshall pointed to a basement appliance as the cause.

Eastern Berks Fire thanks all responders for their great job and rapid knockdown of difficult situation! 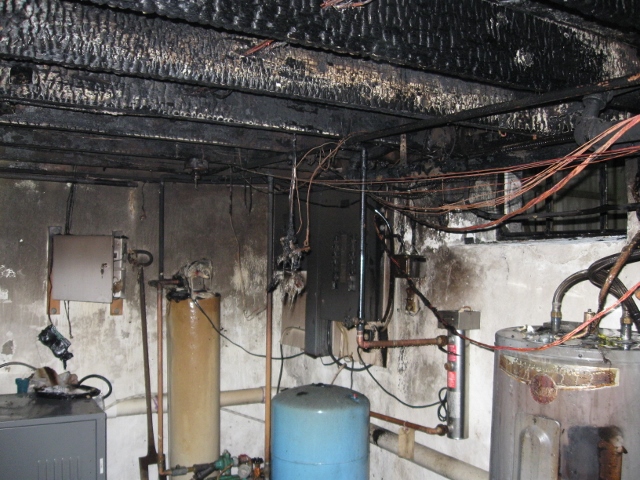