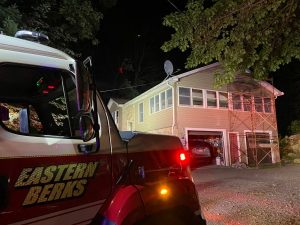 Firefighters from Eastern Berks Fire and surrounding areas were dispatched on Thursday June 30th to a two alarm house fire on Woods Lane in rural Washington Twp in Berks County.
EBFD chief Mike Mutter arrived shortly after the 11:14pm dispatch to report fire and heavy smoke in a residence down a long driveway.
Because if it’s location, he requested additional resources in the form of two extra tankers and a second alarm for more personnel.
Engine 97-1 laid 700 feet of five inch line which was supplied by Engine Tanker 58 and Tanker 97-1. Firefighters entered and knocked the fire inspite of intense heat trapped in the structure.
Fire Departments on scene included Eastern Berks, Hereford, Boyertown, Pennsburg, Seisholtsville  Gilbertsville, Topton, and New Hanover; along with medic units from Bally and Boyertown.
Fire Police from Eastern Berks, Boyertown and Hereford helped control traffic on Kulps Road were many of the apparatus were parked, while personnel made the climb up the narrow country road.
Units were on scene for more than two and a half hours. 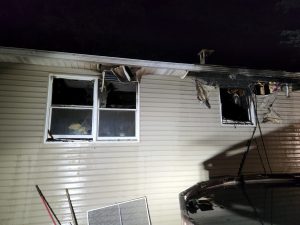 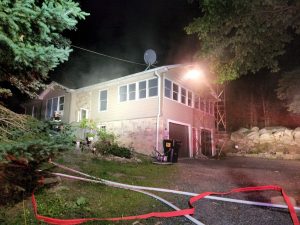 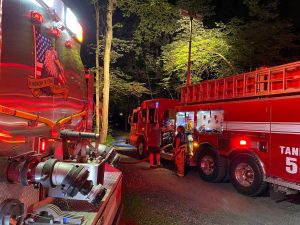 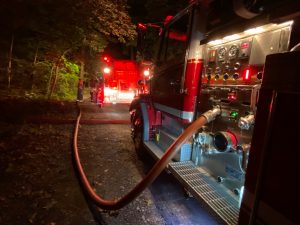 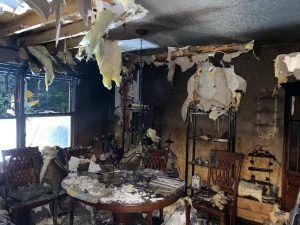 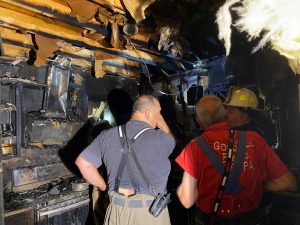