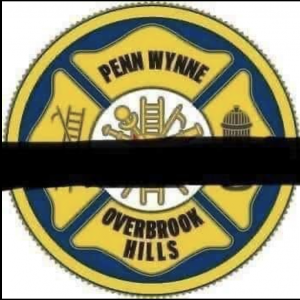 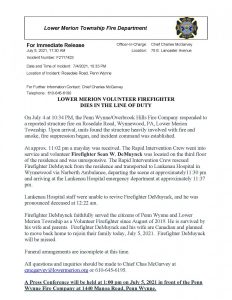 Eastern Berks Fire Department sends our thoughts and prayers to the members of Penn Wynne Fire Company – Station 21 and the family and friends of Firefighter Sean W. DeMuynck after a line of duty death at a residential structure fire Sunday July 4th.

The Lower Merion Township Fire Department responded to a dwelling fire on Rosedale Road in the Wynnewood Section of Lower Merion late last evening.
The assignment was quickly upgrading to a working fire per Deputy 21, once the mayday was declared it took the RIT team approximately 10 minutes to remove the trapped firefighter.
He was then transported to Lankenau Medical Center where he succumbed to his injuries early Monday morning.