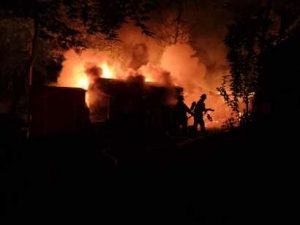 Early Tuesday morning at 0156 hours on July 5th, Eastern Berks Fire, along with Boyertown, Hereford, Pennsburg and Bally Medics were dispatched for the report of a shed on fire in the 300 block of Lenape Rd Washington Twp. EBFD Deputy Chief Chris Schaeffer arrived and assumed command and reported multiple sheds on fire and added 2 more tankers.
EBFD Engine 97 arrived and laid 200′ of 5 inch supply line down a dirt lane and went into service with multiple lines to knock down the fire in what turned out to be multiple sheds, a camper, and an old saw mill. 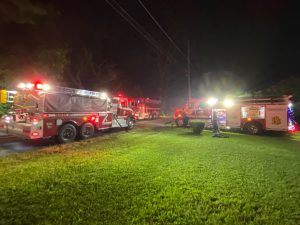 Engine 97-1 picked up Engine 97’s lay and supplied them while being fed with water from the tankers which had responded.
A tanker fill site was established by Engine 19 at the EBFD station in Bechtelsville.
Fire Police controlled traffic around the scene and the fill site.
Crews from the responding departments did extensive overhaul and returned in about 2 hours.
Fire departments which responded were: Eastern Berks, Boyertown, Hereford, Earl, Topton, Pennsburg, Gilbertsville, and New Hanover, along with Bally Medics.
EBFD units on location: Engine 97, Engine 97-1, Tanker 97-1, Attack 97 and ATV 97. 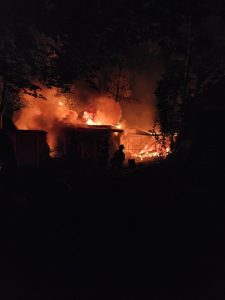 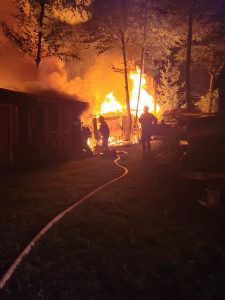 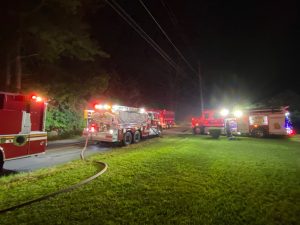 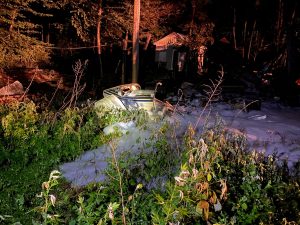 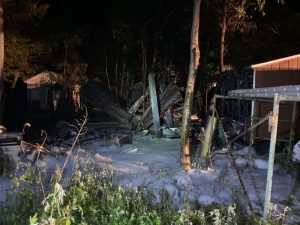 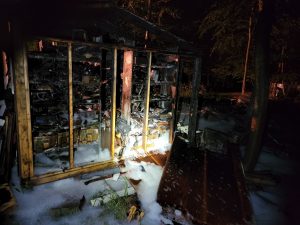 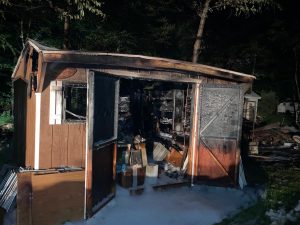 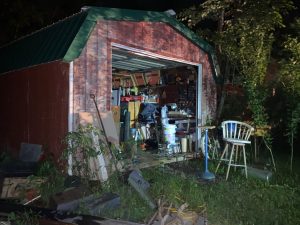 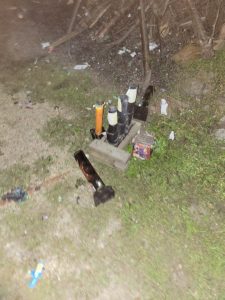