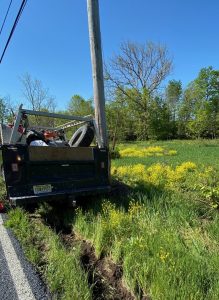 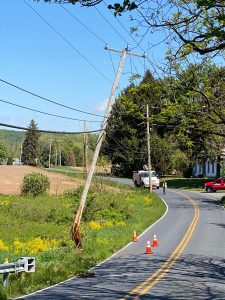 Eastern Berks Fire and Bally Medics were dispatched at 0855 hours on May 11 for the report of an MVA – truck into a pole on Niantic Rd in Washington, near the Montgomery County line.

Rescue 97 was on scene controlling hazards for 45 minutes. Utility 97 along with 97 Fire Police remained on scene until incident was cleared. Traffic controlled and eventually diverted for approximately 90 minutes.

Met-Ed was requested to scene to secure pole prior to removal of vehicle. The utility was to return later to replace the pole.