After four previous calls during the day, Eastern Berks Fire was requested by Montgomery County on Thursday September 2 at 2255 hours to respond as a second RIT (Rapid Intervention Team) to assist Upper Frederick Fire with a second alarm working fire in a series of row homes in the 1200 block of Pine Ridge Dr, Upper Frederick Twp.

Rescue 97 responded and staged on side 1 with our RIT equipment. No intervention was needed during active firefighting. Our personnel were then used to overhaul the second floor of a home adjacent to the fire origin.

The fire involved 3-4 units of a row of Townhouses. Many departments from the surrounding community were dispatched to assist with equipment and personnel. Rescue 97 was back at station around 0220 hrs. 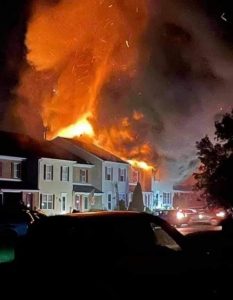 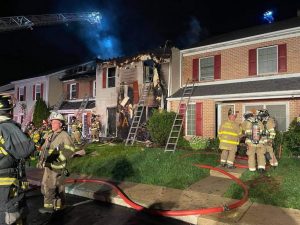 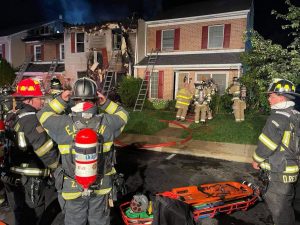