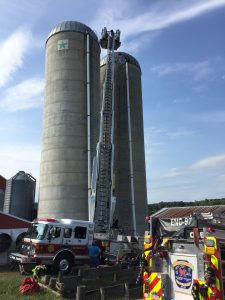 On Sunday September 1 at 3:09pm, Eastern Berks Fire and Montgomery County’s Pennsburg Tower 65 were requested by EBFD Fire Chief Mike Mutter to report to the 1000 block of Huff’s Church Road in District Township for a silo fire. Mutter had been called directly by the farm owner earlier in the afternoon  about a possible fire in a grain silo on the former dairy farm. Unlike other kinds of fires, silo fires take time, patience and a special expertise. While on the way to the farm, Mutter placed a call to Eric Rickenbach, a silo fire specialist from western Berks County. Rickenbach was available and reported to the scene to consult with Mutter and the farm owner.

After devising a plan, Mutter called for Eastern Berks to report to the scene with two engines and two tankers, as well as Pennsburg’s Tower. Light smoke was visible from a vent. Apparatus was set up and Pennsburg firefighters opened the top hatch under the direction of Rickenbach, while Eastern Berks personnel accessed the bottom. Using thermal imaging cameras, crews determined the seat of the fire and where to apply water from the top. Additional water was obtained by drafting from a nearby farm pond.

Eventually it took firefighters, over four hours to bring the incident under control and return to the quarters for the long job of cleaning equipment. 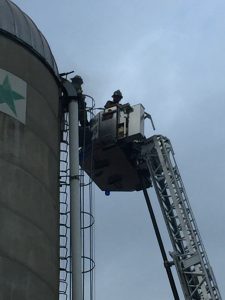 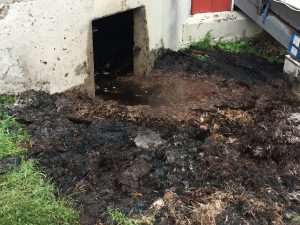 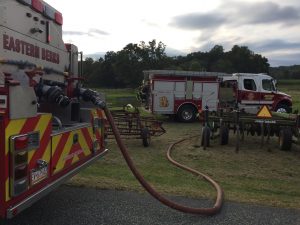 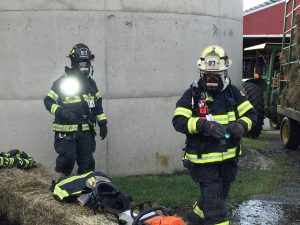 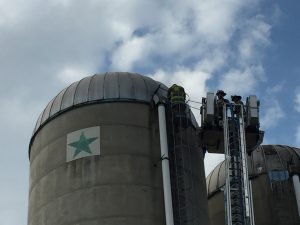 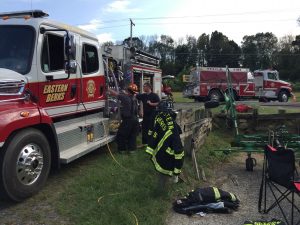 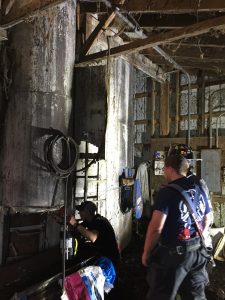