Monday June 13 was another in a series of drills among Eastern Berks Fire Department, Boyertown Area Fire and Rescue, and Gilbertsville Fire and Rescue. The companies met behind EBFD Station 1 (Barto), to rotate through three learning stations.
One was the new Paratech’s Multiforce Air Lifting Bag, which combine two bags into one to allow rapid and stable lifting of (for instance) a car off of a victim trapped underneath.

The third was instruction about and practice with Hurst's new battery powered combination tool and RIT tool. These battery tools are being placed into service on Rescue 97, as well as Brush 97-1 (used for Grandview Race Track.) Battery powered tools actually have more cutting power than the tradition tools with hydraulic hoses. PLUS they eliminate the spaghetti of hoses which often litter a rescue scene. 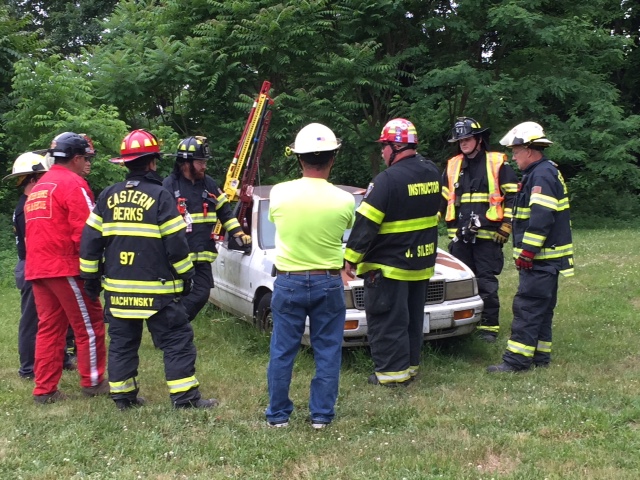