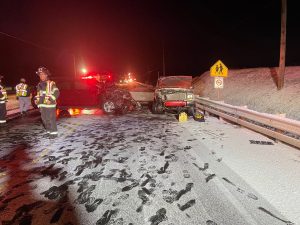 A sudden snow squall this morning left areas road extremely slippery and led to four calls within an hour for EBFD. Eastern Berks Fire was dispatched at 0619 hours to Route 100 in front of the Washington Elementary School for an MVA with Fire in Washington Twp..

Chief 97 arrived on location to find a two vehicle head on accident with negative fire and fluids down. Due to a snow squall the roadways were extremely icy. Crews assisted with patient care and fluid control. Fire Police from 97, 58 and 95 were sent to close Rt 100 and divert traffic.

While on scene a second accident was received in the area of Old Route 100 and Forgedale Rd in Washington Twp. Attack 97 was able to free up from the first accident and found a 1 vehicle into a pole, pole snapped.

Crews were then again alerted for another MVA this time on Huffs Church Rd in the area of Delong Rd in District Twp. Rescue 97 crews freed up from the original accident and were advised by Berk County Communication Center of 1 vehicle that slid off the road into a structure. R97 arrived on scene to find one vehicle into farm equipment in a field with no structures involved. No fire or EMS services were needed and 97 crews went available.

Chief 97 received a call alerting him to icy roads on the hills of Pine Street in Washington. He had county request Montco 67 fire police to assist other fire police to shut down Pine street.

Units operated for approximately 2 hours until all roadways were reopened. 97 Units on scene: Rescue 97, Attack 97, Brush 97-1, Utility 97. Thank you for area fire police for their help (again.) 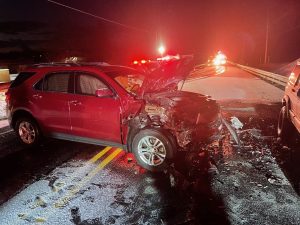 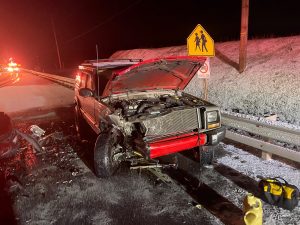 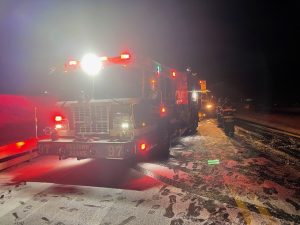 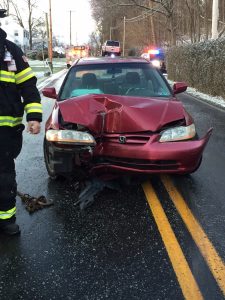 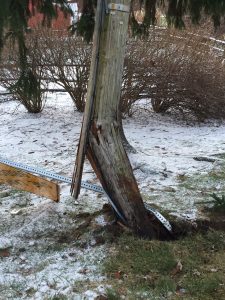