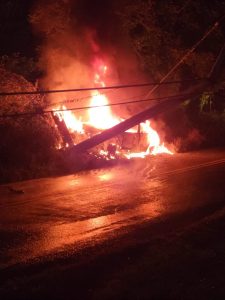 Saturday September 24th at 0249 hours, Eastern Berks Fire was dispatched to the 200 block of Oysterdale Road in District Township for a vehicle fire after a non injury accident.

Deputy 97 arrived and reported a fully involved vehicle fire. Met Ed was notified to respond to cut the power because the pole was damaged and wires were hanging low. Crews stood by till Met Ed arrived and cut the power to the pole.

Crews then went to work to extinguish the vehicle and some brush that started to burn. 97 units on scene. Rescue, Engine & Tanker 97.

Thanks to the fire police from Eastern Berks, Earl and Oley that worked to shut the roadway down. 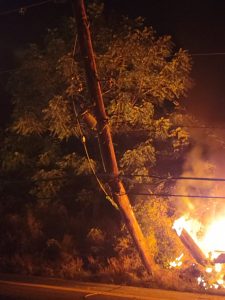 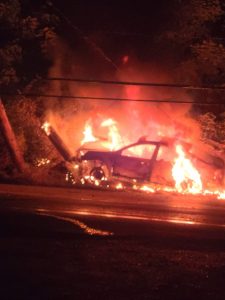 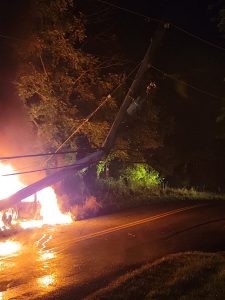