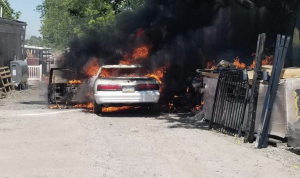 On Monday June 3rd at 1419 hours, Eastern Berks Fire was dispatched to the 1100 block of Route 100, Washington Twp for a vehicle fire.

Chief 97 went responding and was advised by Berks County Communication Center that the vehicle was 10 feet from a structure. Assist 19-1 was in the area and first on scene and upgraded to structure fire assignment due to it being close to a building.

Chief 97 arrived on scene and reported a fully involved vehicle with negative extension to the structure.

The fire was quickly knocked down and the assignment was held to 97 units. 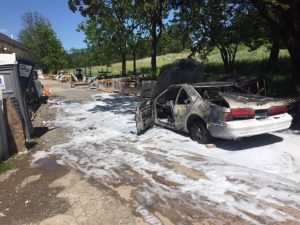 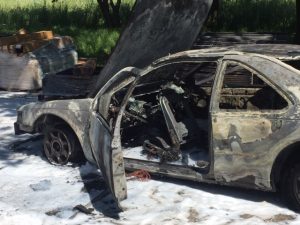 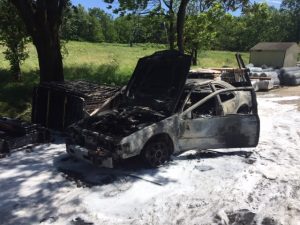 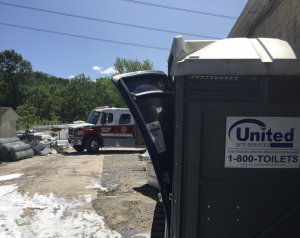 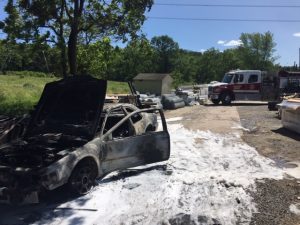 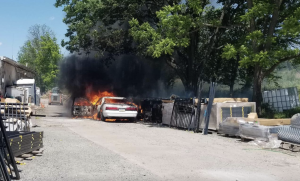 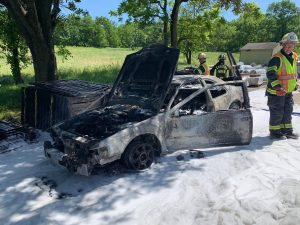 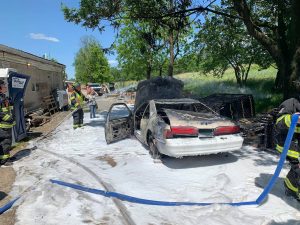