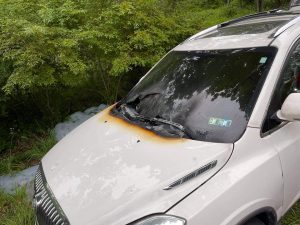 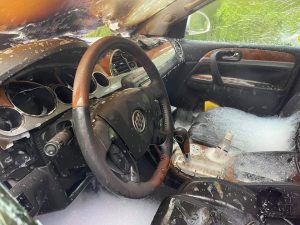 On May 24th at 1826 hours, Eastern Berks Fire and Bally Medics were dispatched for the report of a vehicle fire on Forgedale Rd near Kemp Rd in District. Deputy 97 arrived and confirmed engine compartment fire in an SUV.

Attack 97 was first on scene and pulled a foam line. Crews remained on scene until arrival of PSP and Berks Mont Towing. 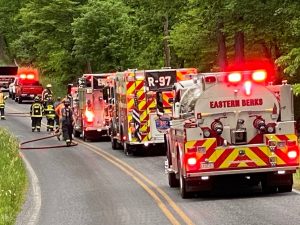