Friday December 21, the first day of winter, saw temperatures in the 60’s and two crashes. 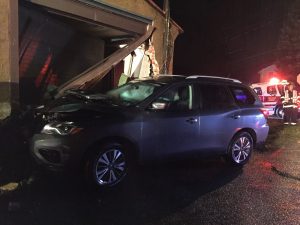 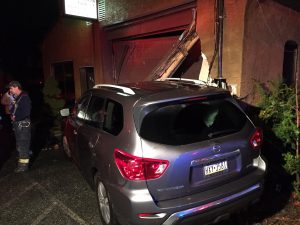 The first was at 0424 hours, when Eastern Berks Fire was dispatched to investigate the structural integrity of a building hit by a vehicle. Police were on location of a non-injury MVA at Main and Mill Streets in Bechtelsville, and requested fire personnel to check the building.  Deputy 97 quickly arrived and requested Met-Ed to the scene with damage to the building’s electrical service. After officers inspected the scene, Berks-Mont Towing removed the vehicle. and 97 went available after an hour of service. Apparatus on scene were Engine’s 97, Engine 97-1, and Utility 97. 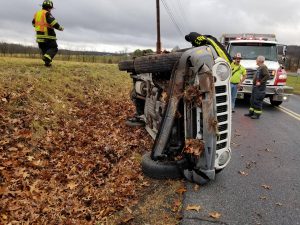 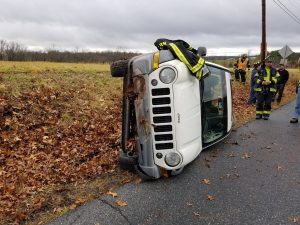 The second crash was dispatched at 1352 hours, when Eastern Berks Fire and Bally Medics were dispatched to an MVA with injuries – vehicle overturned on Barto Rd in Washington Township. Captain 97-1 reported one occupant still in the vehicle. Personnel assisted occupant out of the rear window and turned care over to EMS. 97 units on scene were Rescue 97 and Attack 97.