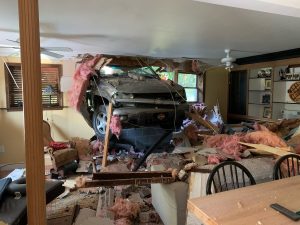 Eastern Berks Fire and Bally Medics were dispatched at 1108 hours on Wednesday September 23 for a Motor Vehicle Crash in the 2000 block of Old Route 100 in Washington Township. Additional information reported that the vehicle was into a home and the driver was entrapped.

EBFD Deputy Chief Schaeffer arrived quickly on the scene. He reported that the driver had managed to extricate himself, but with the home  badly damaged, he requested that Boyertown Collapse unit be dispatched to the scene. That unit is a specialty unit with technical equipment to help support a structure whose integrity has been compromised.

Crews from both Eastern Berks and Boyertown worked together to shore up the ceiling above the crash scene, so the Berks Mont Towing could remove the vehicle.

Fire Police closed Old Route 100 for almost 90 minutes while crews worked to stabilize the home and remove the vehicle.

EBFD units on scene included Rescue 97, Attack 97, Brush 97-1.
A big thanks to BAFR for their assistance! 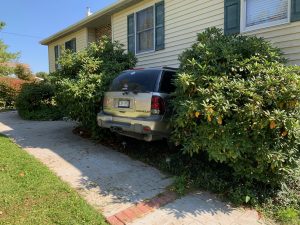 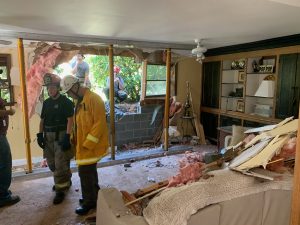 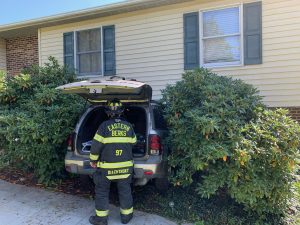 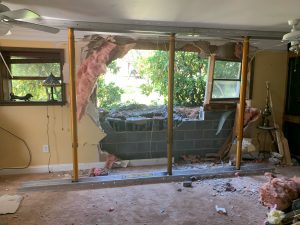 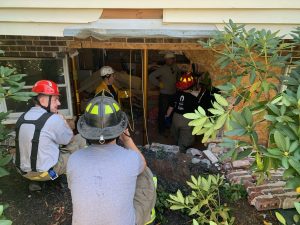