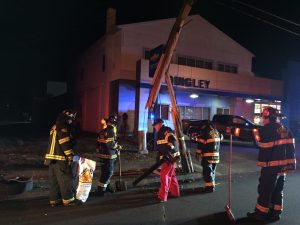 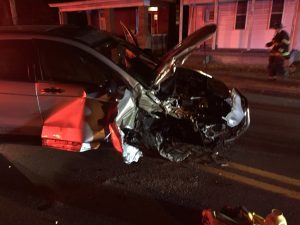 Chief 97 arrived and confirmed report: Car with major front end damage and debris scattered in roadway; and pole sheared off. Wires were still suspending the pole, so unlike a number of other accidents in the last year, Rt 100 did not have to be closed, except briefly by fire police.

Berks Mont Towing removed vehicle in crews returned into the warmth of the station from the 20 degree cold within 45 minutes.