Tuesday January 12 – Following a night of snow squalls, icy roads, heavy winds, and plummeting temperatures, the structure response was dispatched at 2344 hours for the report of a shed on fire next to a barn in District. First fire officer on the scene confirmed a fully involved workshop/shed with extension into barn which was only ten feet away. One of the multiple hazards was a propane tank venting from the heat. The venting suddenly ceased the the tank rocketed into the air before falling to the ground. Command ordered the crew from Engine 97-3 to pull a line and work on protecting the barn, while also asking Berks to dispatch the next four tankers, and also adding a second alarm. In spite of extreme weather difficulties, crews made a tremendous stop. Damage to to barn was kept to a minimum, and the horses and cows inside were not harmed. Damage to the home directly across the narrow drive was also kept to a minimum even though the wind was carrying all the heat directly into the side of the house. On scene were crews and apparatus from 97, 95, 19, 21, 39, 58, 505, Montg 65, 67, 37. Thank you to all! Two news links appear below.

Thank you to Keith Long of Bally Ambulance for the photos here.
[nggallery id=45] 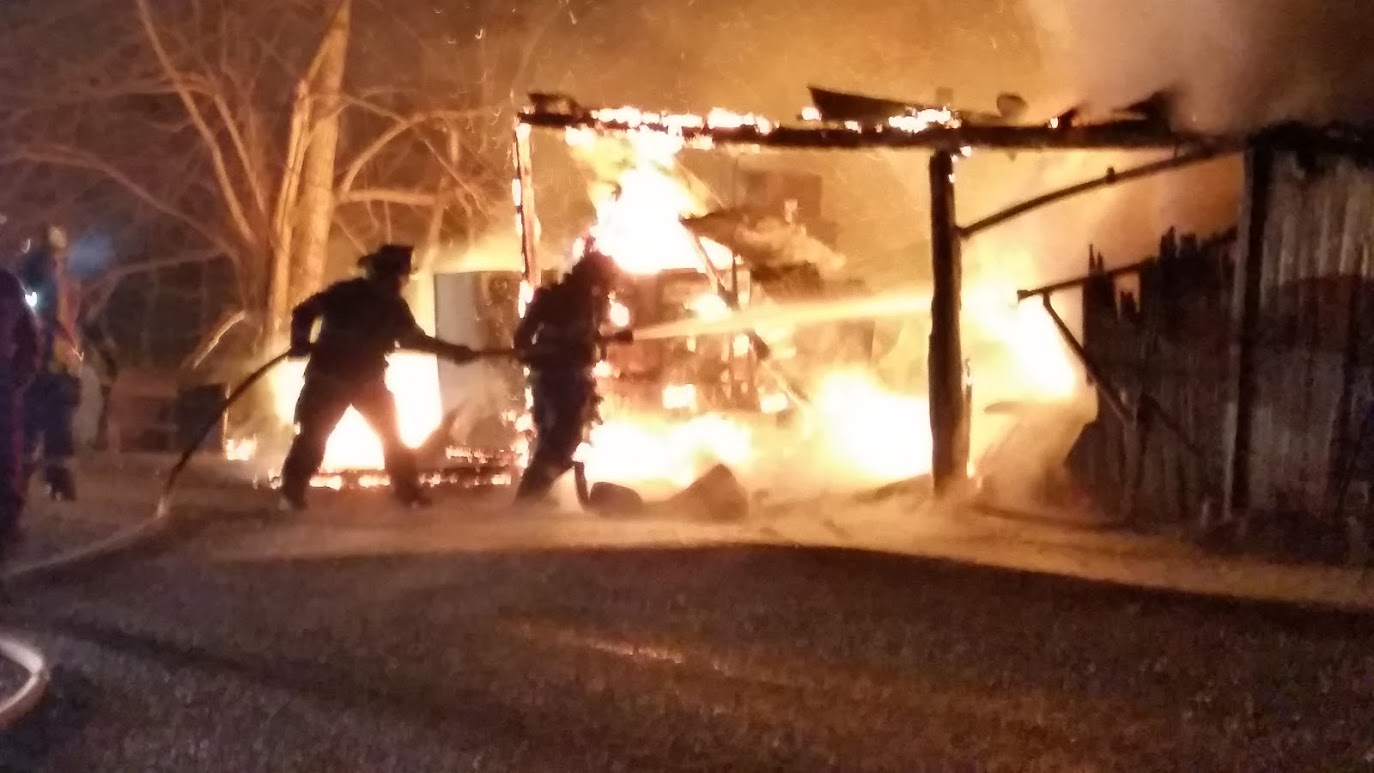